Matawan's Grave Robber - William H. Sutphin was Mayor of Matawan from 1915-1916 and 1921-1926. He was a professional politician and a respected Mayor of Matawan as per Wikipedia. The man DIED in 1972. The reason for this little bit of history is an anonymous person, claiming to be "Bill" Sutphin is using his name to pen disparaging, perhaps libellous remarks on a blog. This person is contacting this Blog and expects us to publish his comments. First of all, this is not a forum for vicious untrue remarks. If this person is concerned with Matawan's best interests he/she would delve into matters that would improve the Borough.

There are various reasons people wish to remain anonymous. People who don't want their neighbors, family, friends, etc. to know their thoughts or opinions. Good, non-vindictive reasons. We can respect their wishes. What we can't respect is someone who uses a respected dead Mayor's voice, from the grave, to create a platform for his/her own self interests. That said, whoever is claiming to be William "Bill" Sutphin, please do not contact this blog any longer. We are sure if Mr. Sutphin has any living family members they do not want his name besmirched in such a self-serving manner. This is not what this man represented to the people of Matawan. The right thing is to let a man who prided himself on civic responsibility to be allowed to rest in peace.
Posted by matawan advocate at 10:49 AM 5 comments: 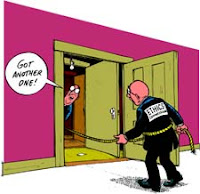 Following a noticeable absence from Borough Council meetings, Councilman Mendes made an appearance from his podium bringing along his own agenda. He commenced with using his podium as a stage for his agenda. Councilman, we all know Matawan's Police Department is second to none. Most residents are aware the Main Street building needs repair. It is easy to elaborate on the details of which we are well aware....over and over again. BUT, where is the "sound financial plan." In other words, to take a quote from the movies, "SHOW ME THE MONEY." Hey, if it is good enough for Cuba Gooding, the actor, it is good enough for Matawan residents. It is high time for Borough Council members to stop grand standing and start rolling up their sleeves and work together. Isn't that what we elected them to do? This includes the Mayor. C'mon Council, let's get on with business (not personal business, oops!) and the financial aspects of the Borough! By the way, isn't Councilman Joseph Urbano Chairperson of the Police Department? Isn't Councilman Mendes Chairperson of Fire and Safety? Shouldn't Mendes have discussed his concerns with the Chairperson of the Police Department, Councilman Urbano. This is why people get disgusted with politics. Let's quit the petty nonsense and "T.C.B."
Councilman Mullaney has started his campaign very early. Hey, but that's okay, if he would at least be consistent. As we recall Mullaney voted against the introduction of the Budget. Now at this past meeting he voted for amending the Budget, which included the $105,000. in State Aid. Can someone explain the change? Why the flip/flop? Quite a change from the "spend, spend, spend" Councilman Mullaney of years past. And who was voting to spend money knowing Matawan was working with a deficit Budget, you guessed it, the same Councilman Mullaney.
Police Department - An appearance by Chief Alston of Matawan's Police Department was a little confusing to residents. During the public portion, the Police Department requested a meeting with the Borough Council to discuss data that was given to the Council prior to the meeting. No mention was made as to what the data entailed. Is this the usual procedure for communication? A little puzzling to the residents.
With election time around the corner, we would like to see Matawan's Borough Council rise above the petty politics and start working towards establishing a future financial plan for the Borough, start moving on planning for Redevelopment (to whatever extent is financially prudent), address the Matawan Dams problem, set realistic goals for the Water/Sewer Department (which seems in progress), infrastructure (again set realistic, financially prudent) goals, get a plan for a financially prudent plan for our Police and Fire Department requirements and seek out Grants to help defray the cost of any and all Matawan's goals. Let's stop the back-biting Council and work together. Keep in mind election time is drawing closer. Any Council member who does not consider the needs of the Community at large, instead of their own personal needs, should consider looking elsewhere for our vote!
Hope to see you at the next Council meeting......keeping in mind we only have two a month, it would behoove residents to try to attend at least one.
Posted by matawan advocate at 9:11 PM 11 comments:

Whatever Happened to Sharkfest? What happed to the Fund?

We have been contacted by many people asking about SharkFest. Well, word is there will be no Sharkfest this year and it doesn't sound like any plans are being made for the future. One reader is legitimately concerned about his donation to the Memorial to the victims of the shark attack, asking where his money went. To date no person connected with the Matawan Alliance has come forward to be accountable for the donations. Frankly, Mary Mullaney is the only person who is a "supposed" liaison. Well at least questions are fielded through her.

Now we have long been curious, to say the least, about how much money is in this Memorial Fund. The person who was connected with a Main St Banking office does not appear to be with the local bank any longer. Even when she was she claimed she didn't know where the books were located. Pretty ridiculous to us, but hey we always thought when you accept public money you were held accountable. Guess NOT! There are some who are not concerned about where this money is or how much has been collected. Maybe they are part of the "elitist" group, well, most of us "suckers" are not. We donated money for a cause and deserve to know what happened to that money. If we recall correctly, there is a guy in jail right now, Bernie something???, who also thought he didn't have to be accountable to others. Need we say more.

Further digging is require on this situation. Don't bother to ask Councilman Mullaney, as he claimed previously to know nothing about the Matawan Alliance's dealings. Interestingly enough, his wife, Mary has acted as a "supposed liaison" to the Matawan Alliance.

We're in the money, we're in the money....well not quite. Matawan will receive State Extraordinary Aid to the tune of $105,000. While the Borough requested $200,000., we did receive little more than half. But that's okay we'll take it. It will help reduce the property tax burden we desperately need in Matawan.

Further details will be discussed at the next Workshop/Borough Council meeting on August 18th. Now doesn't that make you want to attend a meeting?

Posted by matawan advocate at 11:54 PM No comments: 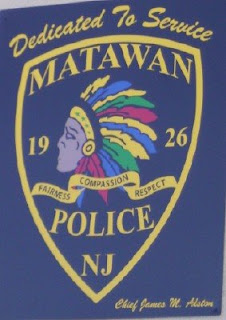 Ironically, someone sent a comment about the Downtown area and the Transit Village to the Matawan Advocate, the night of the Borough Council Workshop meeting. They were asking if any mention of these topics were presented at the Borough Council meeting. Well, the Mayor must have ESP, because at last night's meeting Mayor Buccellato diverted from the scheduled Agenda. He opened up a discussion between the Borough Attorney and the Borough Administrator regarding revising the process for which businesses obtain licenses
in the Borough. Following a short discussion it was decided to move forward with a revision to be introduced at the next regular Council meeting for a vote. This should revise the current old process and make it easier for businesses to obtain licenses. It is about time Matawan encouraged new businesses. A step in the right direction.
Another topic of interest was the Borough employees Health Insurance coverage. Quite frankly, we have to dig a little deeper into this subject before making any comment.
Bill List did not have any Council members firms or family owned firms listed for payment.
More to follow on the Health Insurance.
Hope to see you at the regular scheduled Borough Council Meeting....
Posted by matawan advocate at 1:55 PM 7 comments: